From their elegant ceremony to the romantic atmosphere of their reception, Ashley and Nick tied the knot in front of their loved ones on March 9, 2019 at the lovey River Oaks Country Club. From golden chandeliers to subtle ivory flowers roped with greenery, every detail was perfect. 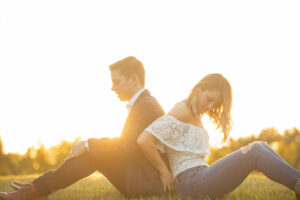 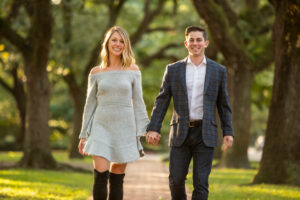 Ashley & Nick’s journey started on July 4th while they were both attending Penn State. After a story about Nick’s one-eyed cat, Ashley thought he was the funniest person she’d ever met. Later that year they quickly started dating. After graduating, they both went their separate way, Nick to New York and Ashley to Houston. While maintaining a long distance relationship, they talked about getting engaged, but wanted to wait until they were both living in the same city. Nick surprised Ashley on March 18th, 2017 with the proposal of the lifetime. They had friends visiting from out of town “to go to the rodeo”. While freshening up, with Ashley thinking she was going to the rodeo, Nick proposes to her! She was so shocked, and of course, said yes. They set off to Ashley’s dad house, where both of their families were waiting for them. Not before long, family and friends of Ashley and Nick (from Houston, NYC, and California!) starting coming by to celebrate! 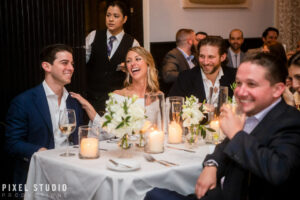 After a night of rehearsing for the big day, we start the festivities off at Ouisie’s, a Southern American restaurant in River Oaks, where Ashley and Nick’s rehearsal dinner took place. From soft spoken words from the couple’s parents to fun stories from the wedding party, Ashley & Nick celebrated their last night together before becoming a married couple.

The next morning, Ashley and her girls got ready in a stunning suite, at River Oaks Country Club, in their comfy wedding party robes. Hues by Heather starting hair and make up on Ashley, her bridesmaids, and the house party. In the meantime, the boys went to brunch!

After all were ready, Ashley had a few first look moments!

First, a dress reveal with the girls: 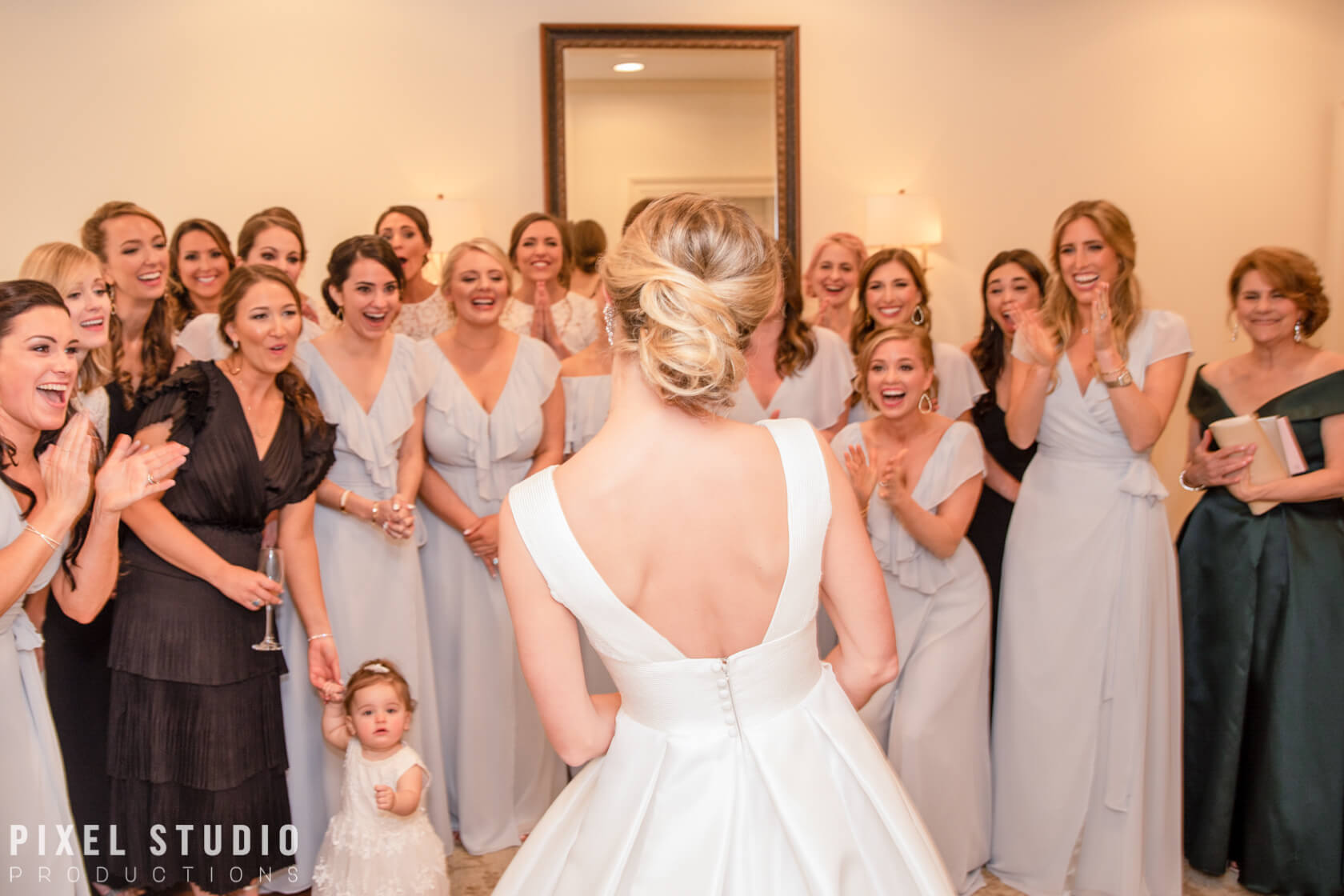 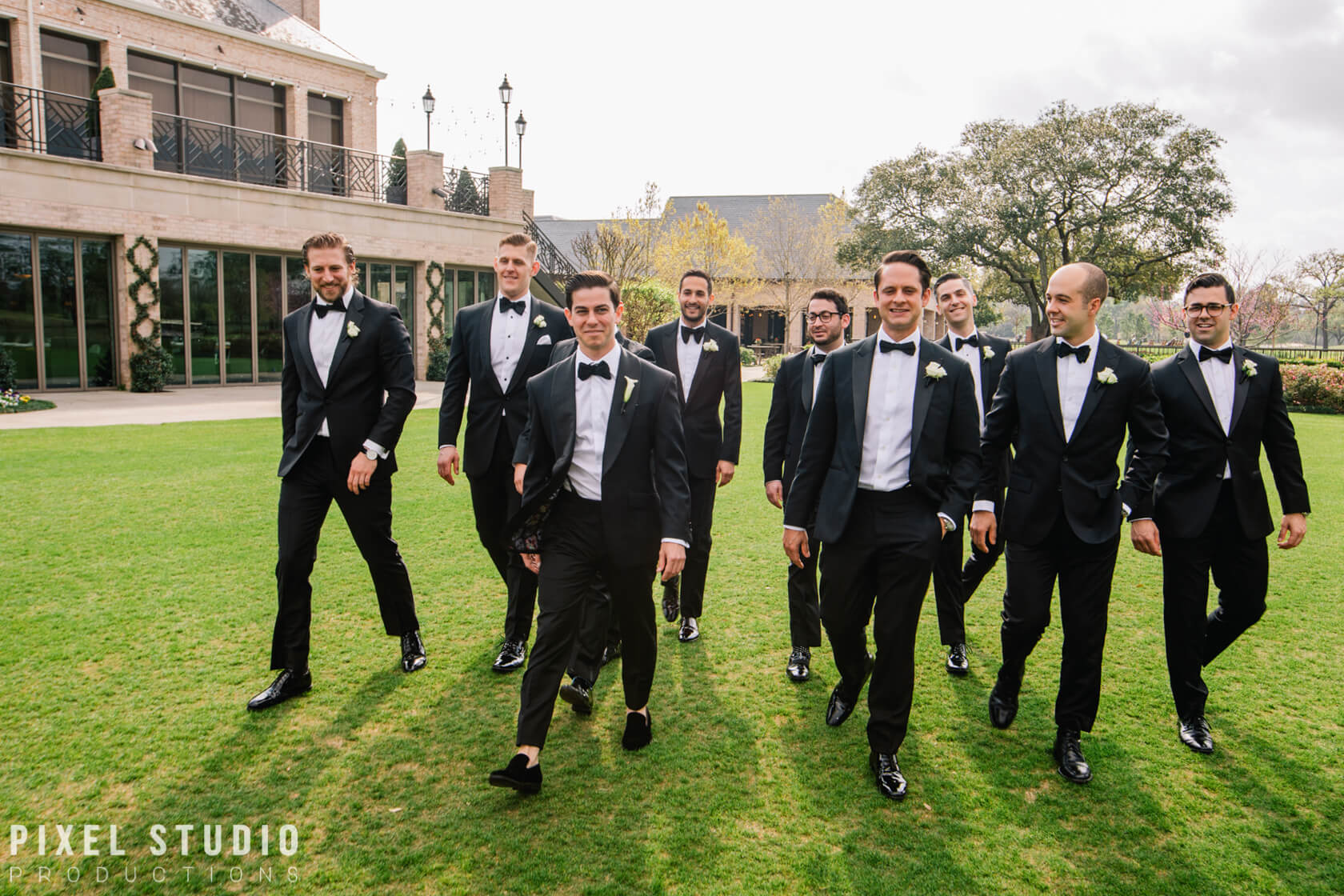 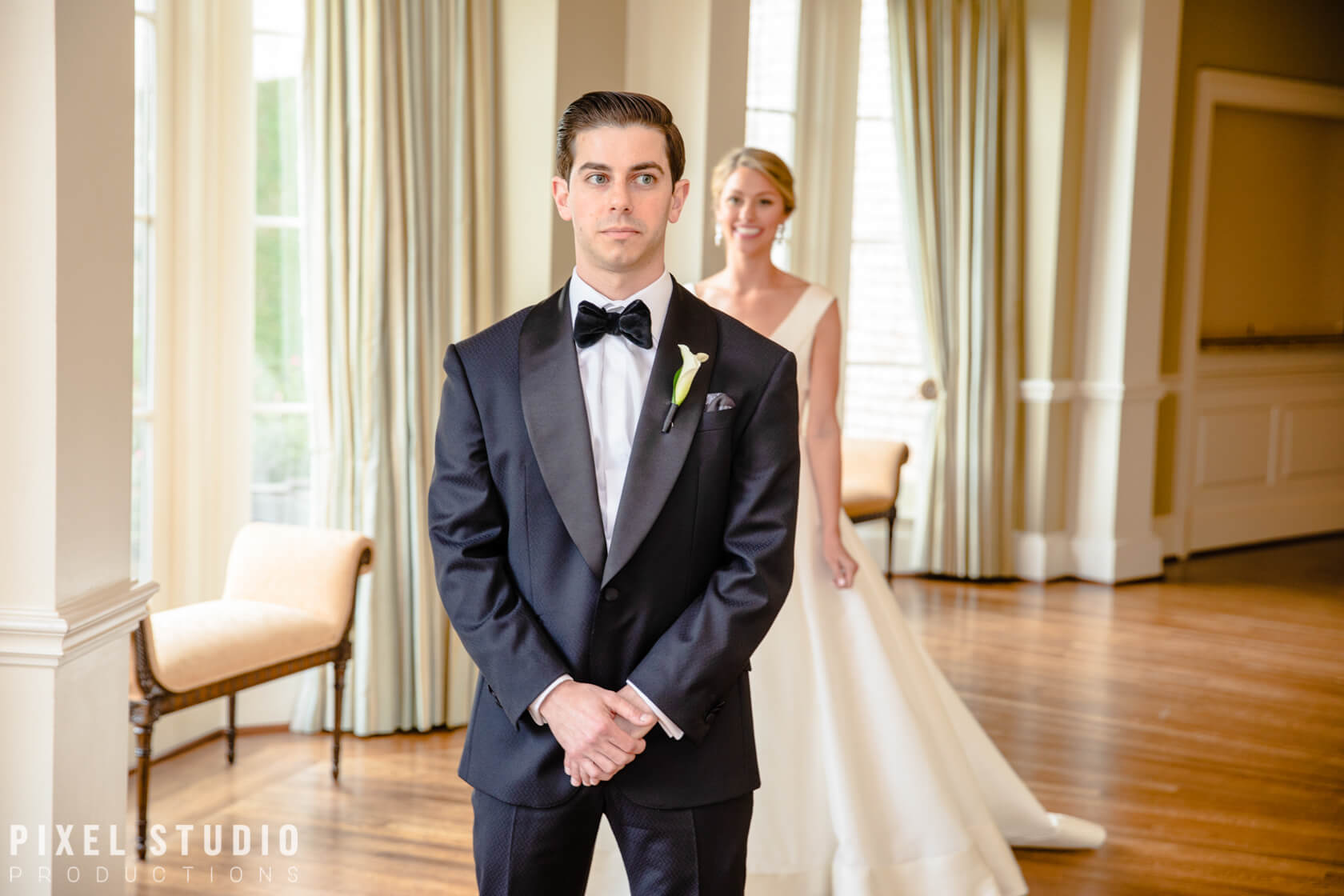 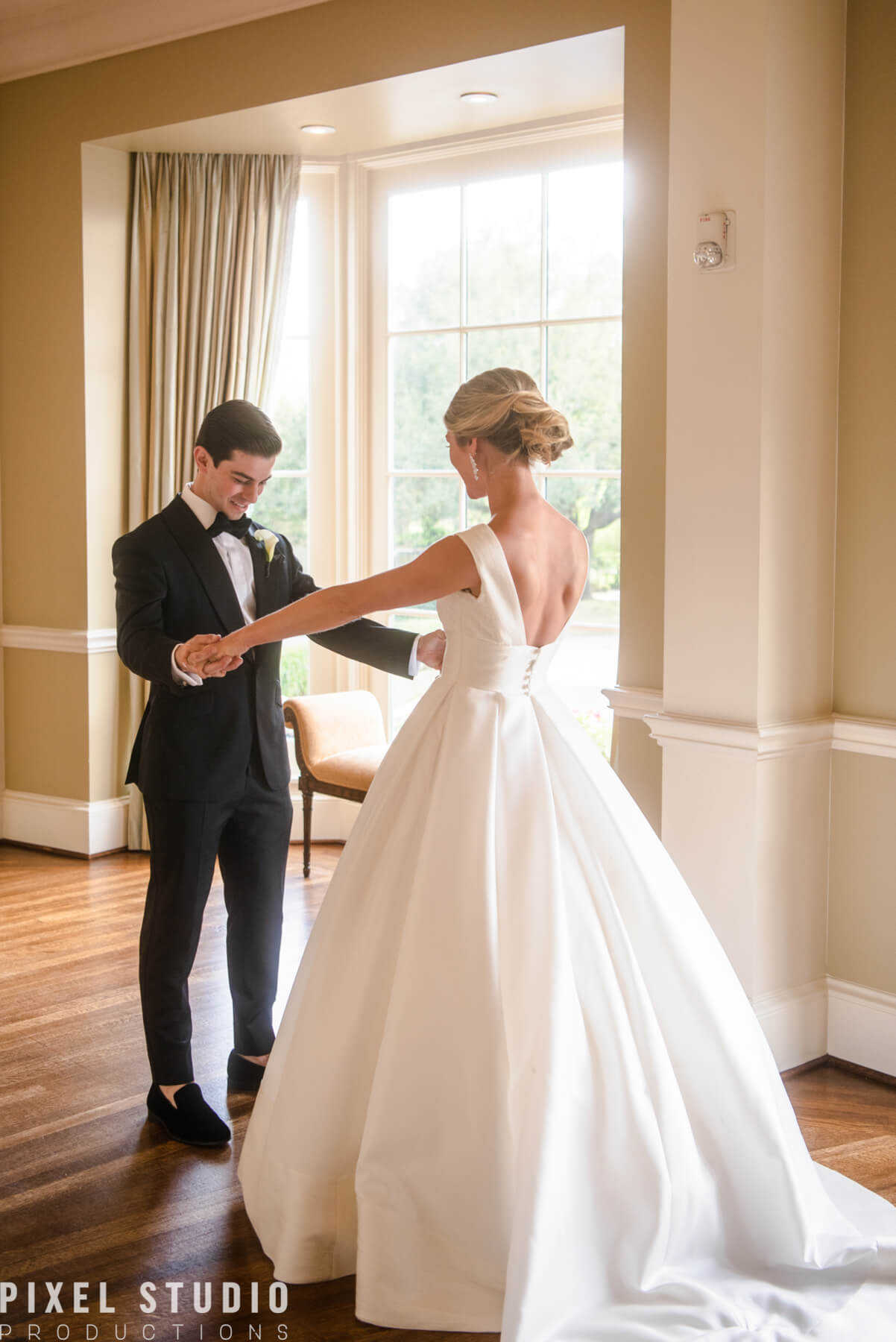 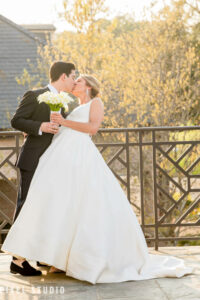 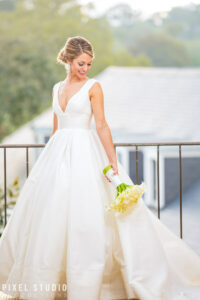 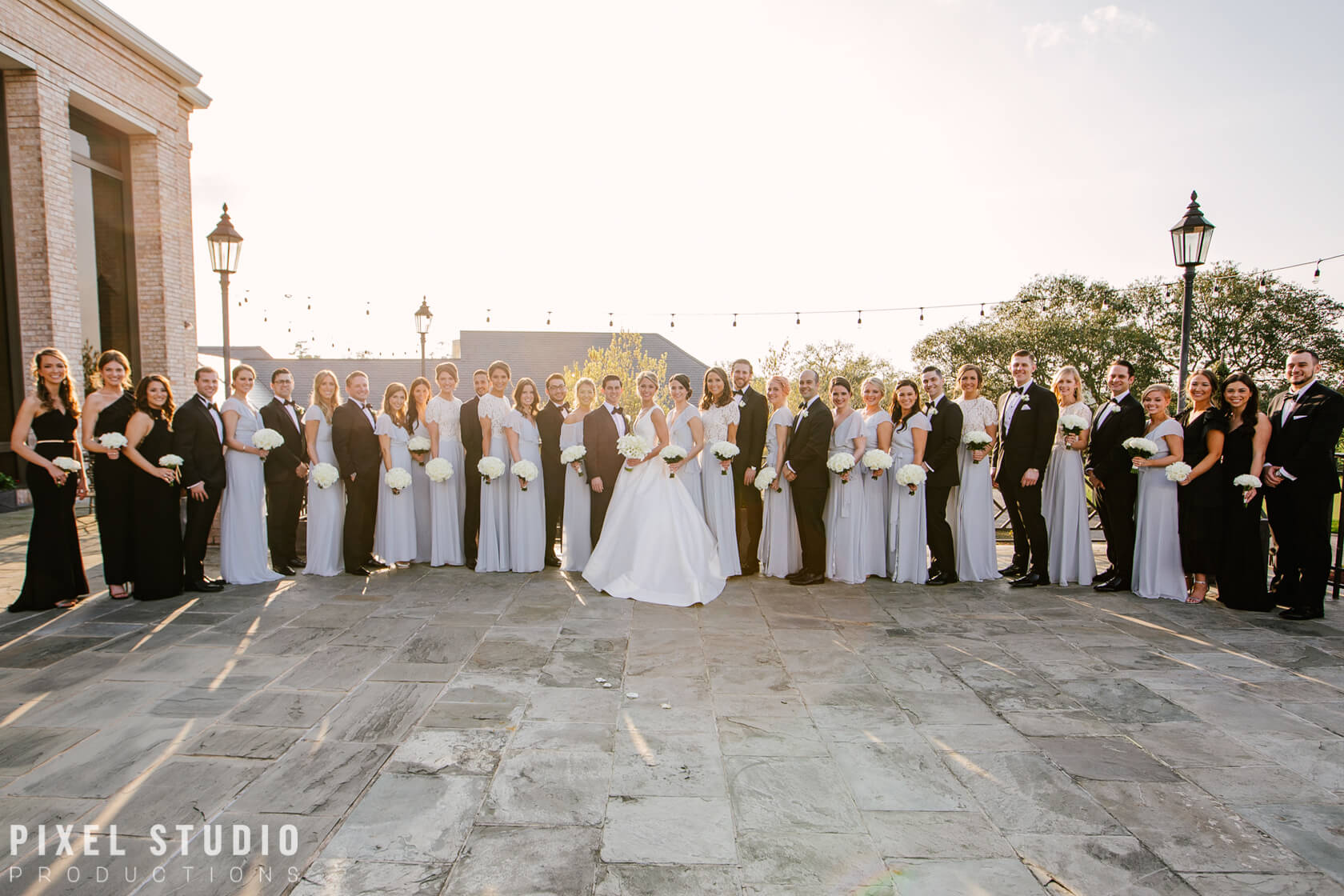 Soon guests were arriving and sounds from Divisi Strings started filling up the room. The subtle green and white garden walls created and elegant feel as Ashley and Nick walk down the aisle. 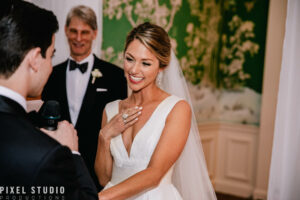 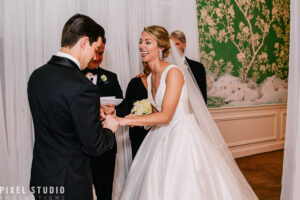 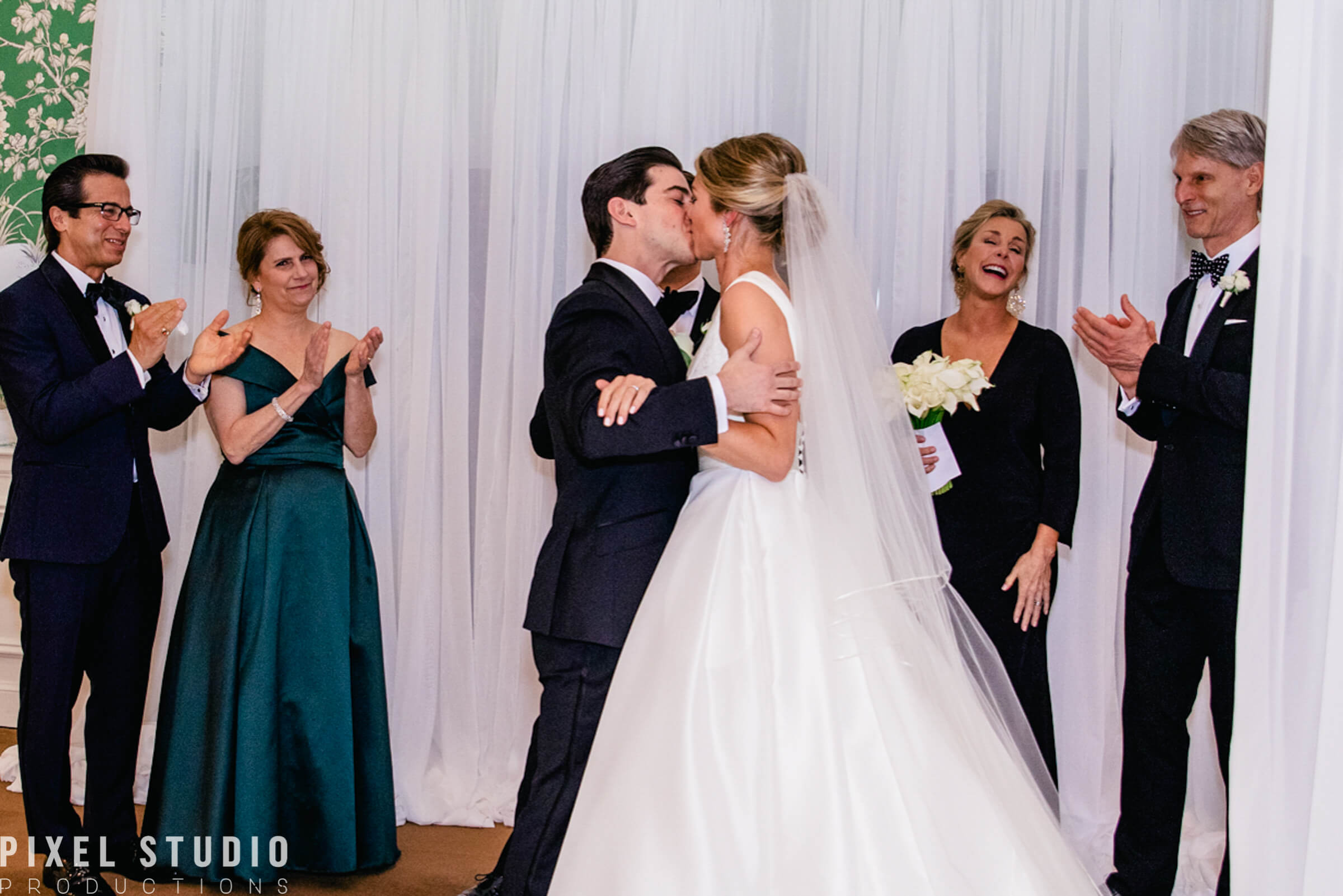 As we made our way into the reception, green and ivory complement the golden tones of River Oaks Country club. 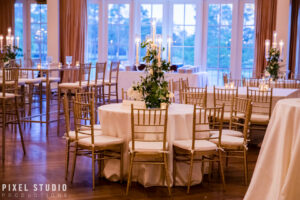 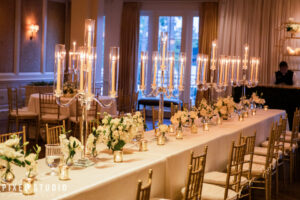 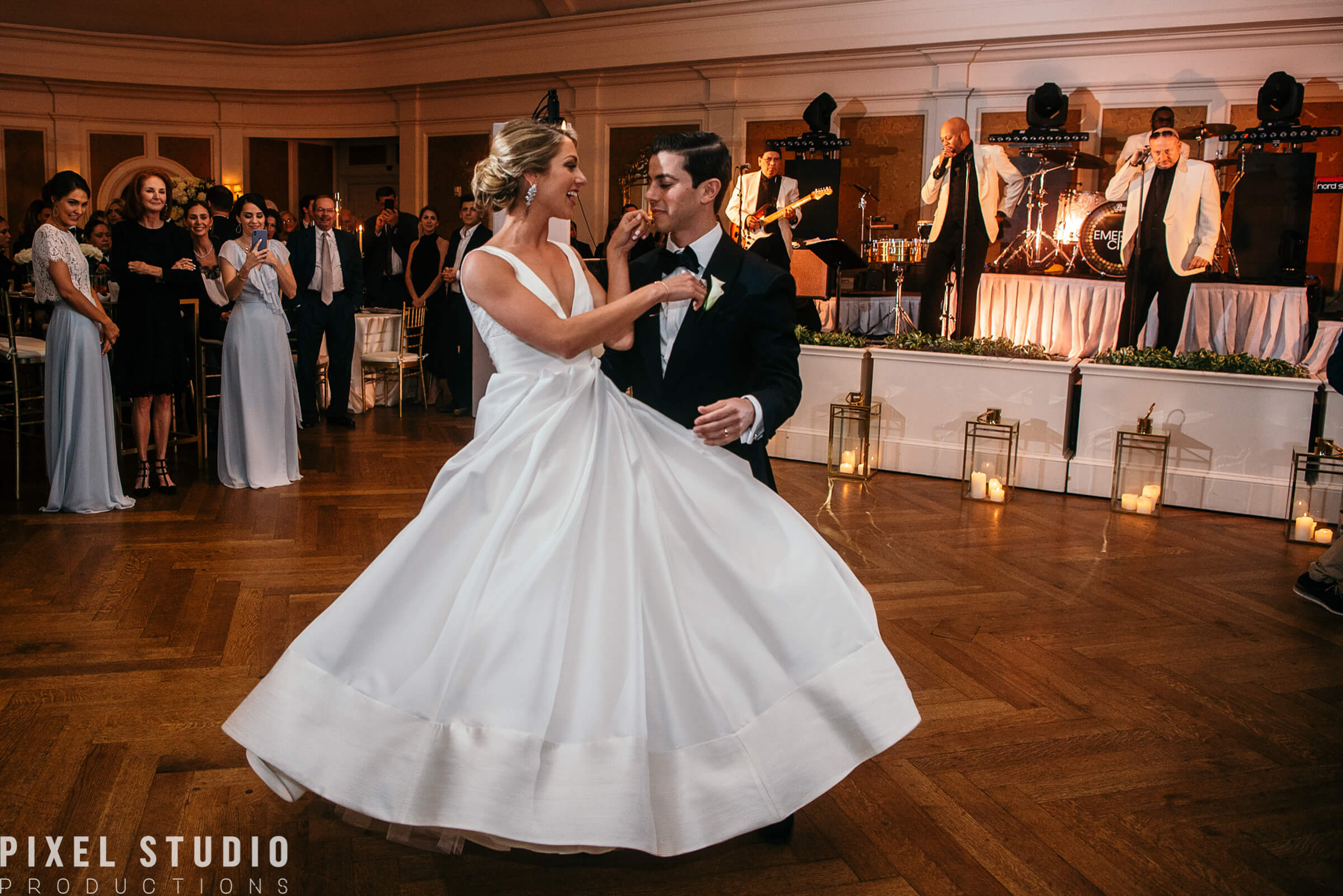 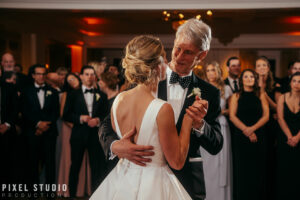 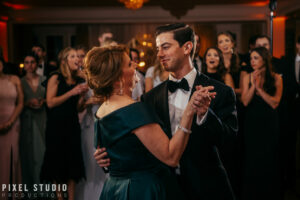 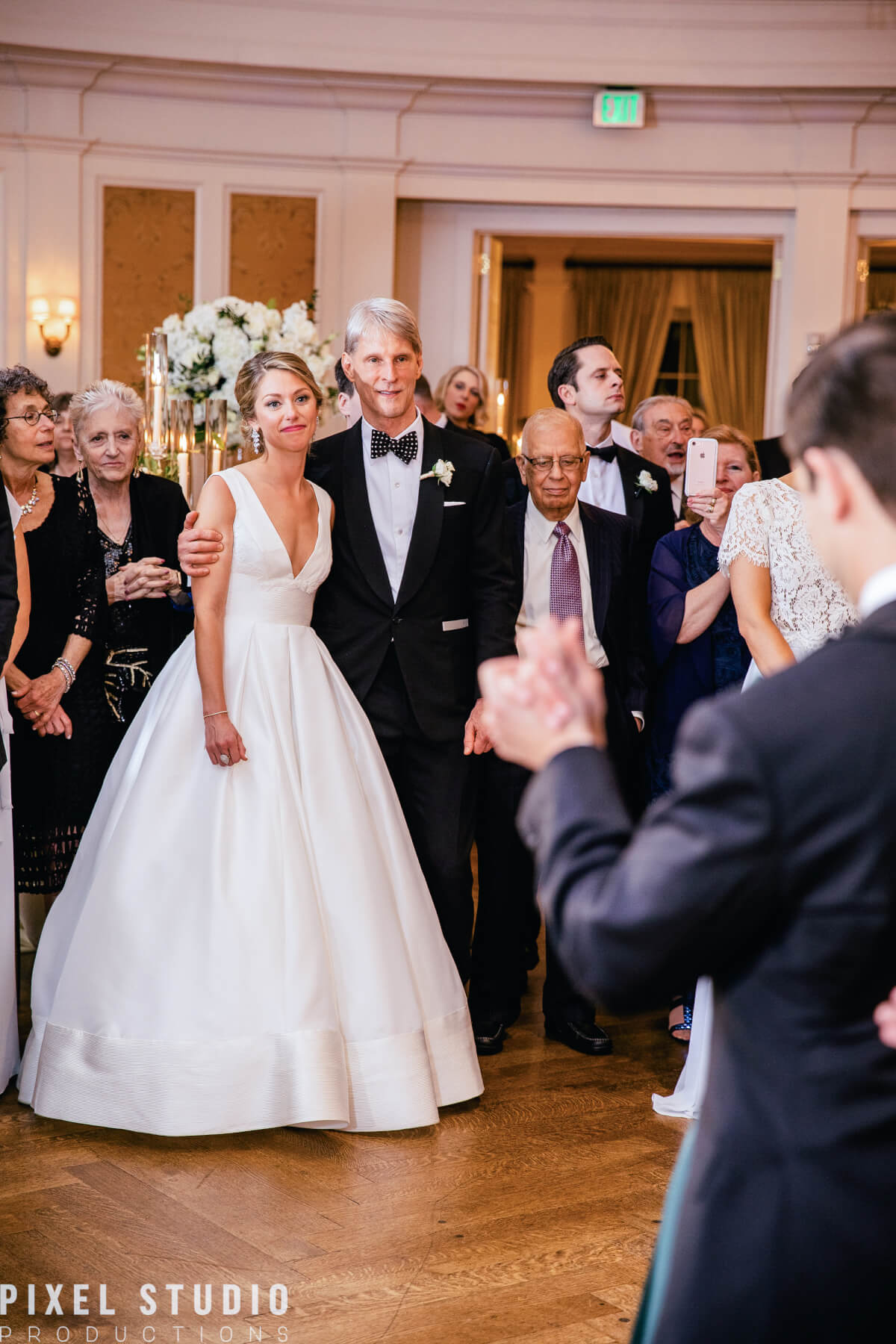 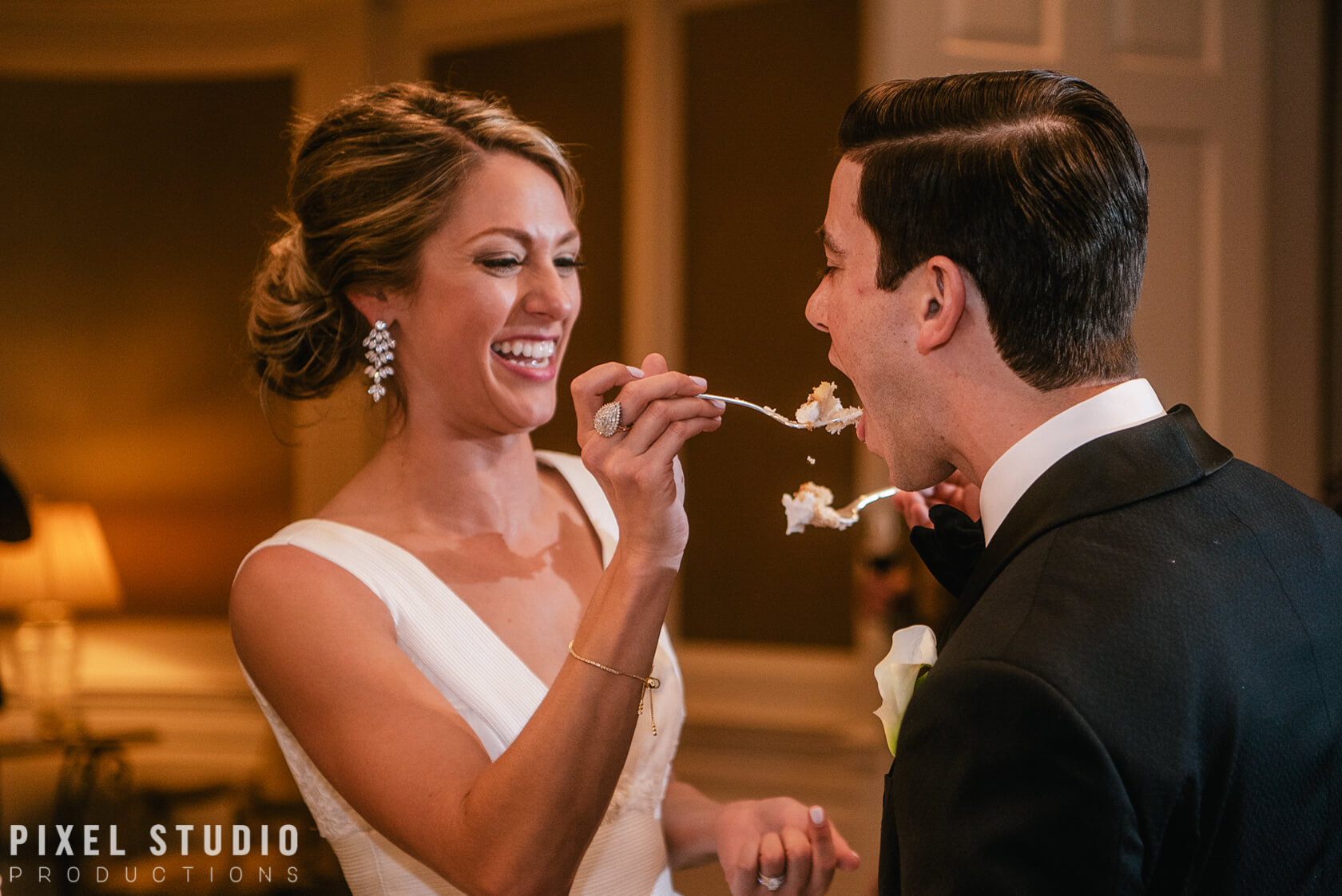 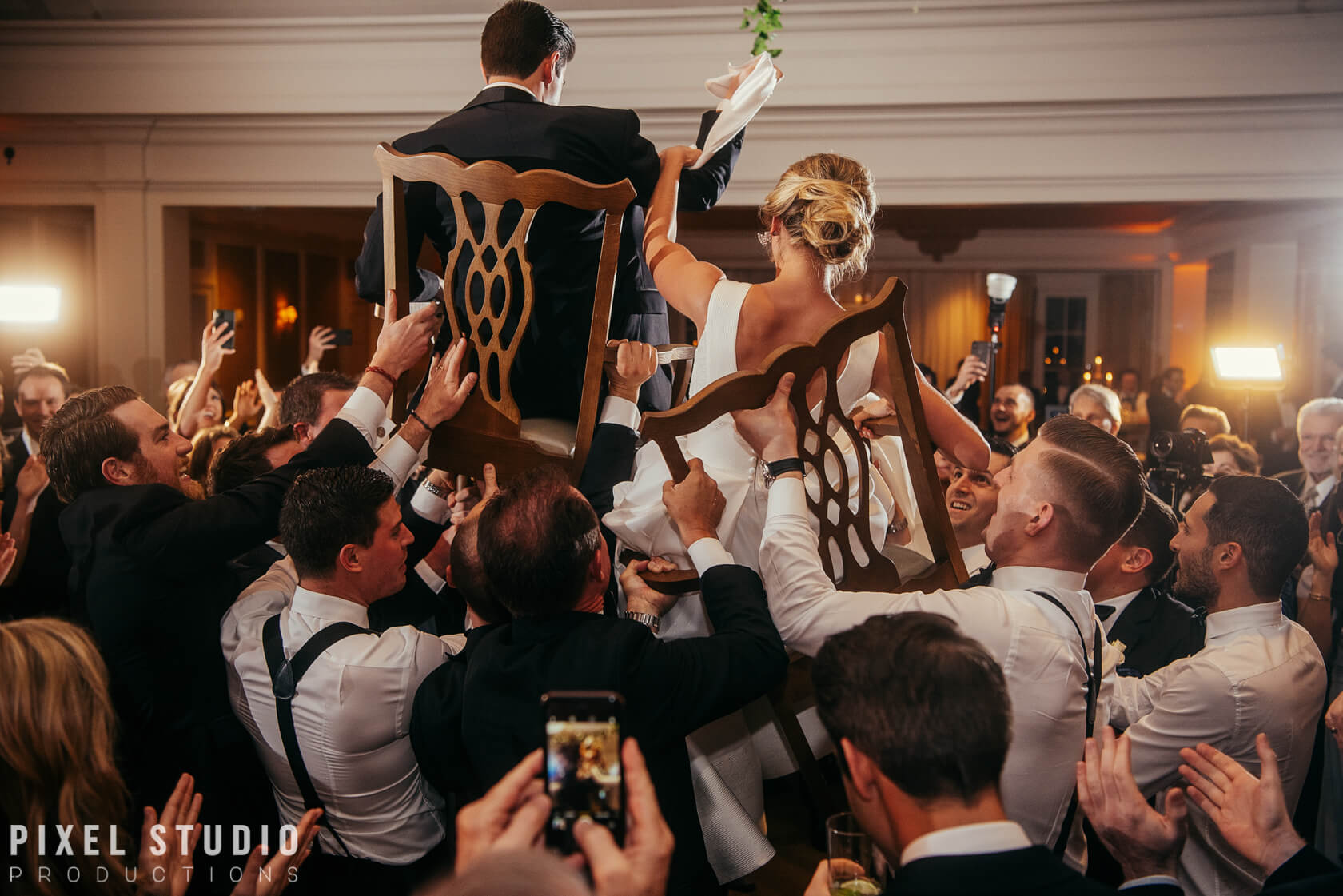 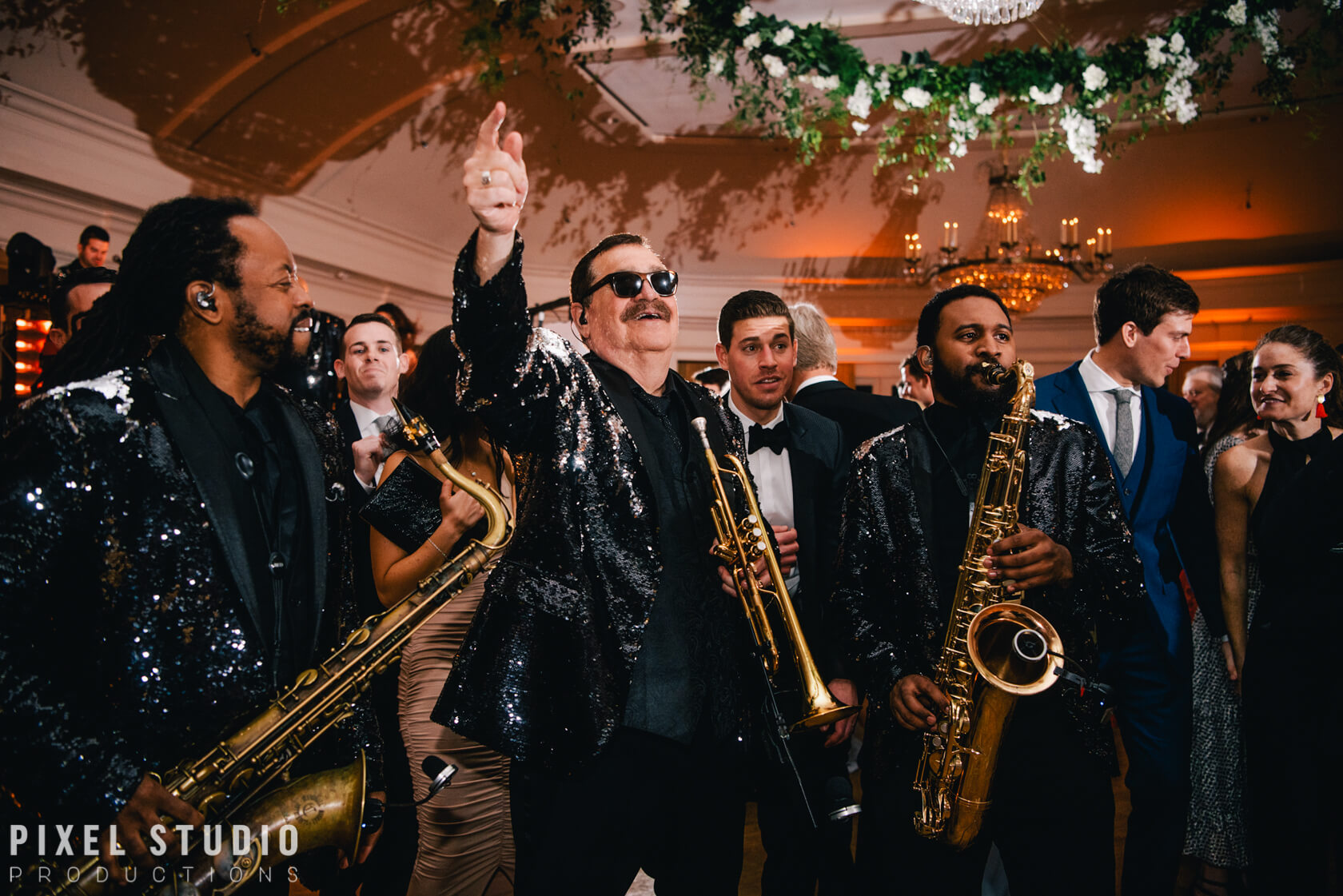 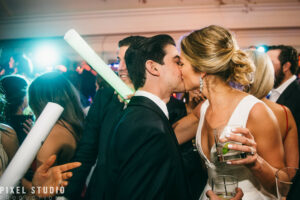 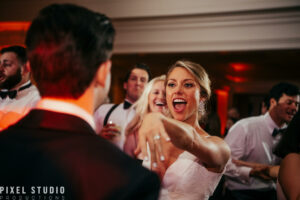 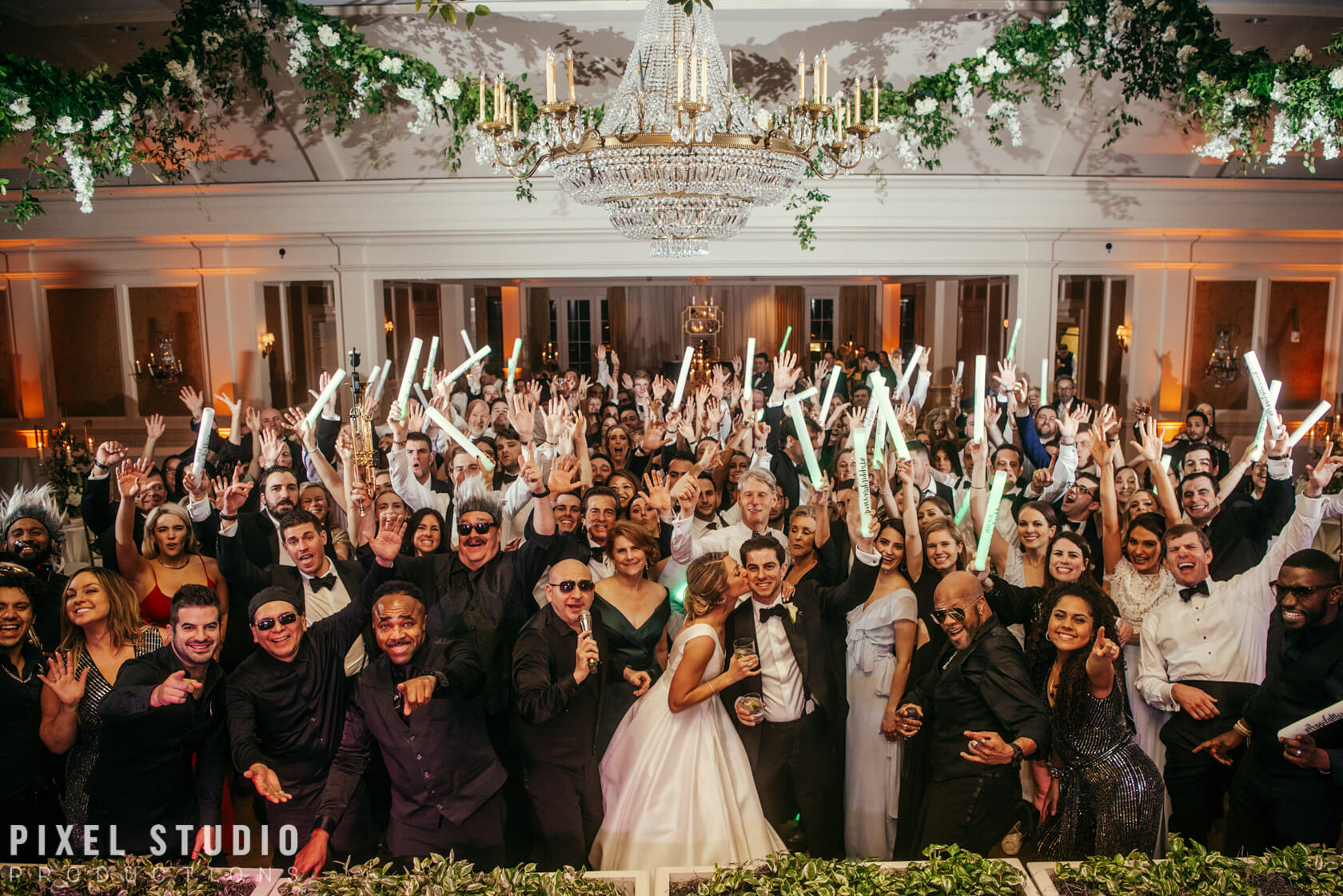 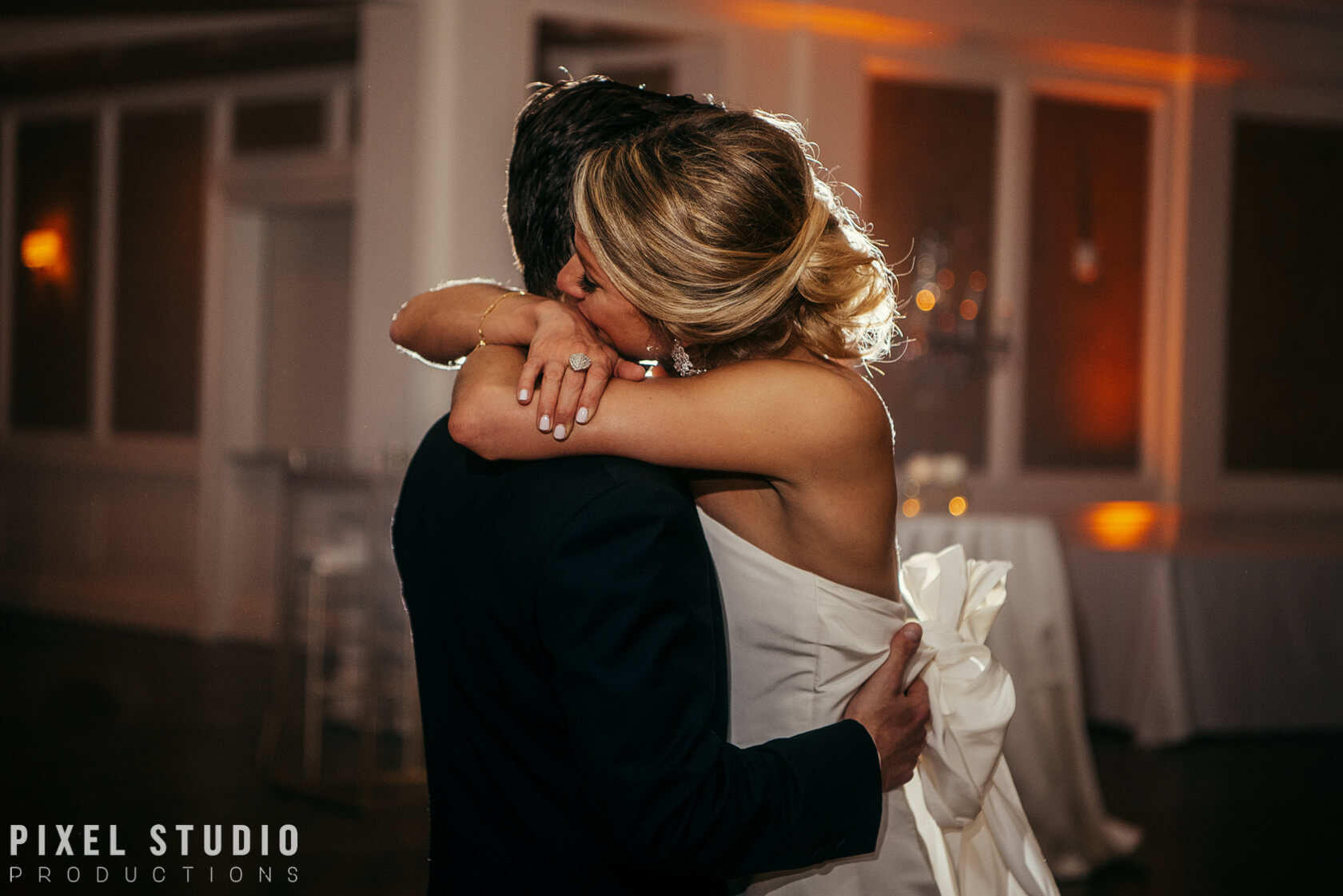 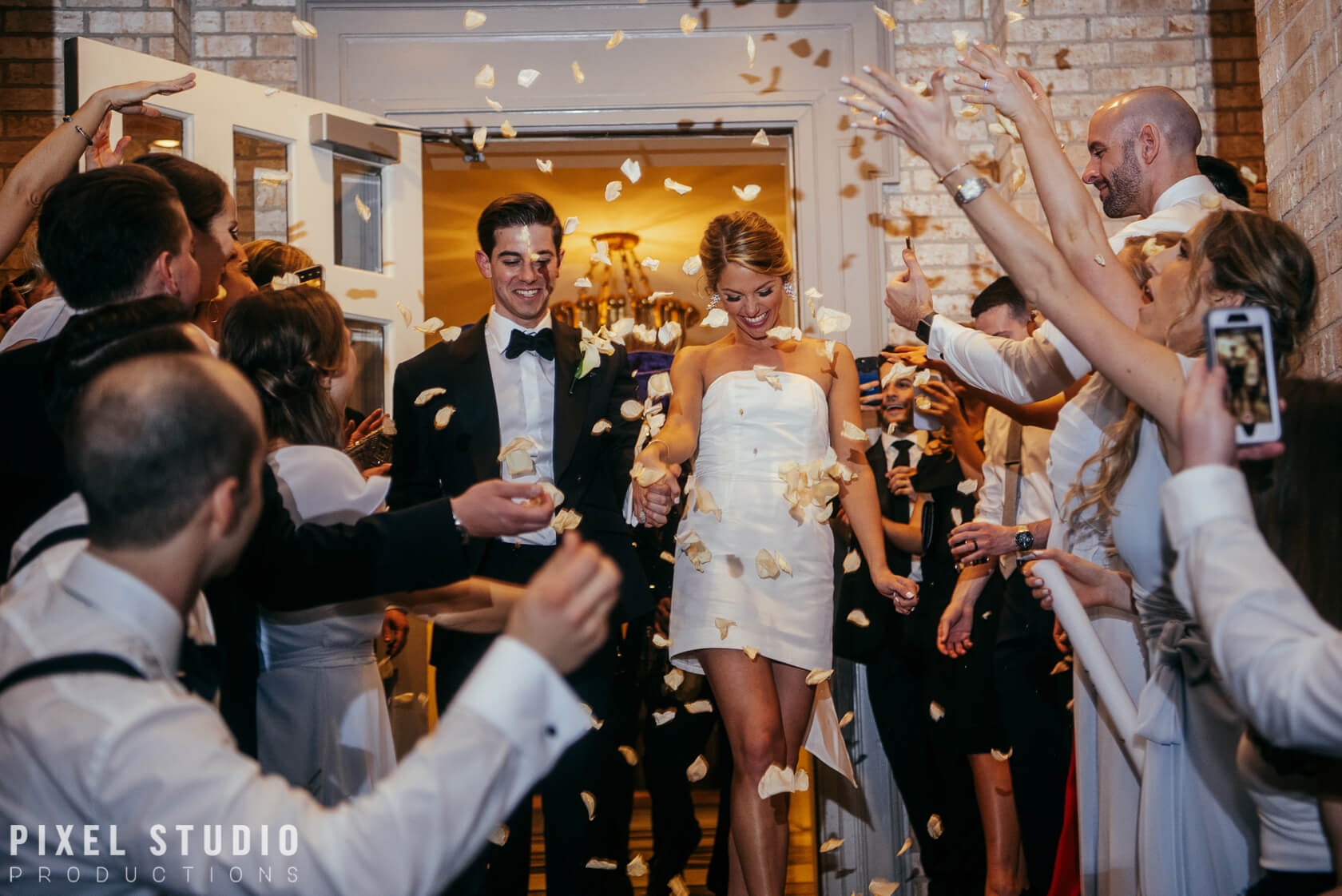 We’re waiting on the full video edits from these lovely newlyweds! Check out their teaser in the meantime!

Thank you to all the wonder vendors who made Ashley & Nick’s big day possible!

Event Coordinator: Victoria Cornelius with Belle of the Ball

Hair & Make Up: Hues by Heather

Cake: Who Made the Cake

With years of experience in the photo and video industry, Pixel Studio Productions is recognized as one of the leading portrait and wedding photographer in Houston TX and the greater Houston area. We strive for a cinematic and story-like quality for all of our productions that preserve your most genuine and precious moments. Our team of professional photographers believes that our photography and videography should capture each of our clients in a way unique to them.

Request a free quote for your photography or videography needs!

Get A Quote Now

Located at the corner of Sunset and Morningside in the Rice Village, Houston, TX